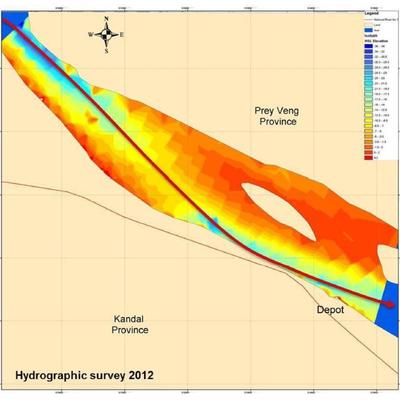 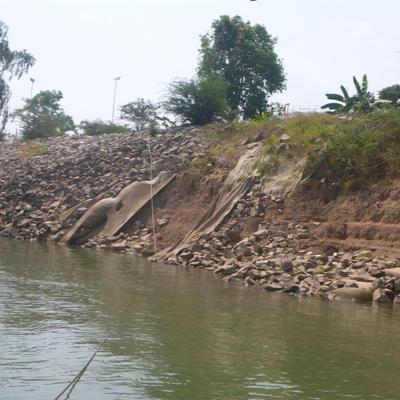 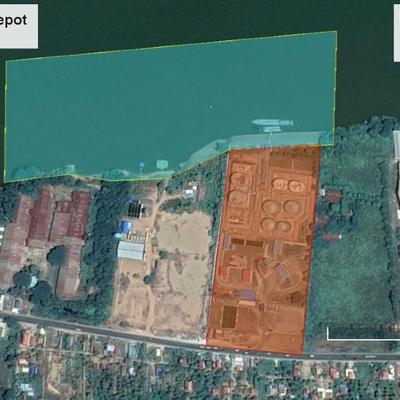 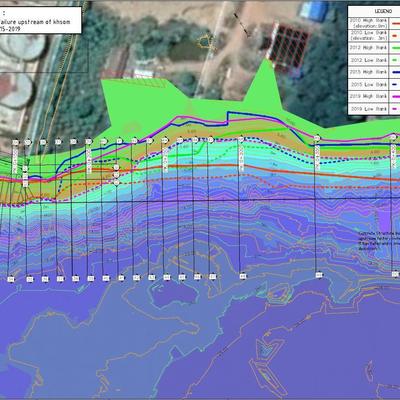 Total Cambodge operates an Oil and Gas Depot on the bank of Mekong River in Khsom, Kean Svay District, Kandal Province. The riverbank upstream from the depot had been eroding for several years. Since 2010, several Hydrographic Surveys have been carried out. Inros Lackner Cambodia had designed and supervised bank protection works in 2014 and 2015. Rip-Rap on Geotextile was used to protect the embankment. The embankment toe in front of the depot was protected with geo-bags.
In 2019, the Client engaged the us to carry out an inspection of the embankment protection at the depot which included another Hydrographic Survey in order to find the root cause of the erosions. At the boundary to the unprotected area, a landslide occurred that took down about 20m of the 100 m long protected section upstream from the depot, and the unprotected embankment upstream from the depot has further eroded. Inros Lackner Cambodia submitted design and tender documents for the repair works and supervised these works.